Can dollarization constrain a populist leader? The case of Rafael Correa in Ecuador

Absher, Grier, and Grier (2020) find that durable left-leaning populist regimes in Latin America produce significant economic costs. However, there is an exception: Ecuador under Rafael Correa’s presidency. Edwards (2019) argues that left-leaning populist regimes monetize their spending. Ecuador would be a particular case because it has a dollarized economy. Domingo Cavallo (2021), for instance, says there is no doubt that dollarization played a central role in avoiding Ecuador becoming the Venezuela of Hugo Chávez and Nicolás Maduro.

Rafael Correa’s presidency in Ecuador (2007 – 2017) exemplifies left-leaning populist regimes in Latin America. However, there is a key difference: Ecuador is a dollarized economy. This removes the possibility of fiscal dominance over monetary policy as is common in populist regimes. This paper studies how dollarization constraints a populist leader. We discuss the incentives of a budget constraint immune to monetization and the failed attempt to launch a national digital currency. 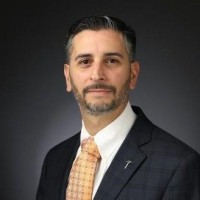